Caffeine Could Cause Incontinence in Women 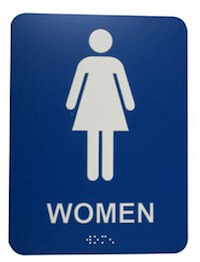 In other words, too much caffeine can cause some women to feel the urge pee more frequently and to be unable to hold it causing a condition known as leaky bladder.

That’s what researchers at the University of Alabama are saying. Women who consume a lot of caffeine are 70% more likely to develop incontinence.

While this is great for companies like Depend, it’s not so great for the women who accidentally pee their pants in public. Incontinence can be extremely stressful and embarrassing for those that suffer with the condition.

The Caffeine and Leaky Bladder Study

Dr. Jon Gleason who conducted the study found that women who consume more than 329mg of caffeine daily are the ones most likely to develop incontinence. While this disorder can be caused by many factors, women who are high caffeine consumers might want to consider cutting back a bit if they want to avoid this potentially embarrassing situation in the future.

The research didn’t indicate if cutting back on caffeine will stop incontinence or if the caffeine just aggravates a condition some women are already prone to develop. Moderate caffeine intake of around 182mg a day didn’t show any correlation to bladder leakage, so for women who love their daily cup of coffee, tea, or energy drink they need not fear as long as they don’t increase their daily consumption.

It is a fact that caffeine acts as a mild diuretic. This causes the kidneys to release more water from the bloodstream, which causes the bladder to fill up more quickly.

However, when caffeine is consumed in beverages that contain a lot of water, there isn’t a dehydrating effect. But, it isn’t hydrating either. If the body is already in a dehydrated state, drinking a caffeinated beverage will not remedy this.

As most who drink coffee can attest, during the period of coffee consumption urination increases drastically in both women and men.

I personally know that I need to have a bathroom readily accessible during my morning work hours, which is when I’m drinking my coffee.

So, for those women and men alike who feel that they are running to the bathroom when they drink coffee, this is pretty normal. Just remember to drink plenty of water also because coffee is not providing the hydration your body needs.

For women with incontinence issues, cutting back on caffeine may useful managing the disorder more effectively.