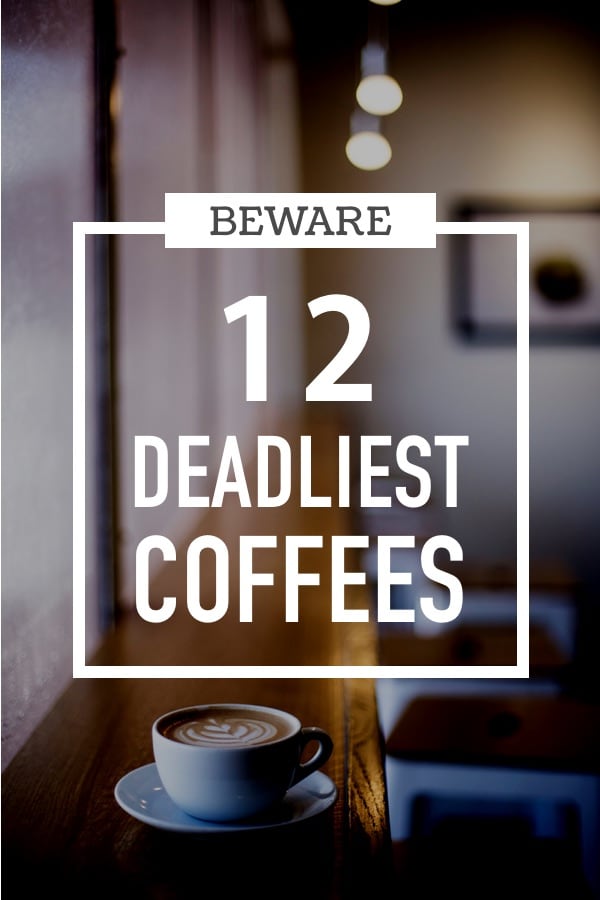 There’s a new trend when it comes to brewed coffee and that trend is to make the most caffeinated cup imaginable!

This was all made popular a few years ago by a brand called Death Wish Coffee, who began sourcing better-tasting highly caffeinated robusta coffee beans and using them in their dark roast coffee.

The coffee that most are accustomed to is made from arabica beans which typically have better flavor but a lower caffeine concentration.

Today these highly caffeinated coffee brands are popping up everywhere and even competing for the title of “world’s strongest cup of coffee.”

Use our Coffee Dosage Calculator to determine how much of these coffees is safe for you. 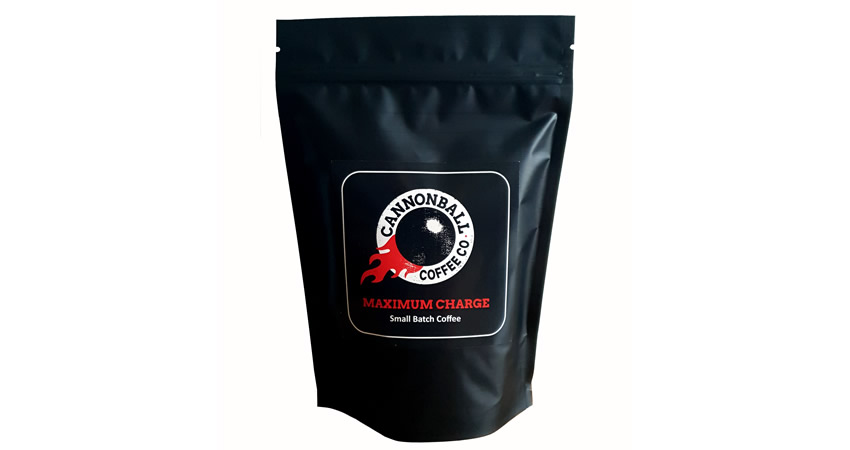 Maximum Charge not only takes the prize for the most caffeinated UK coffee, it also just may be the world’s most dangerous cup. People need to be extremely cautious when drinking this one and not only be highly tolerant to caffeine but also have a low sensitivity to the caffeine molecule. This coffee is available from The Cannonball Coffee Company’s website here. 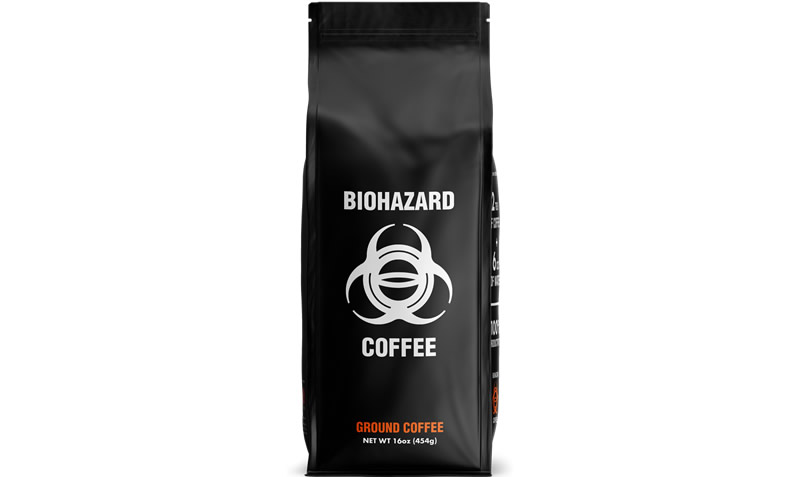 Biohazard coffee is available on Amazon. They recently had their coffee tested and sent us the lab report. Biohazard is the second most dangerous coffee we’ve encountered. 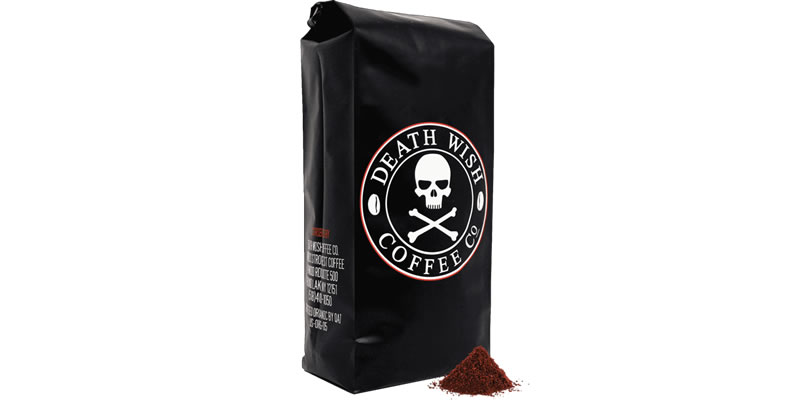 Death Wish sparked the “world’s strongest coffee” trend with their Super Bowl ad a few years ago but has since conjured up a lot of competition. We’ve learned recently that the caffeine amount reported to us by Death Wish in a 2015 lab analysis is currently being contested.

Black Insomnia originated in South Africa but has since made its way around the world thanks to Amazon.com. 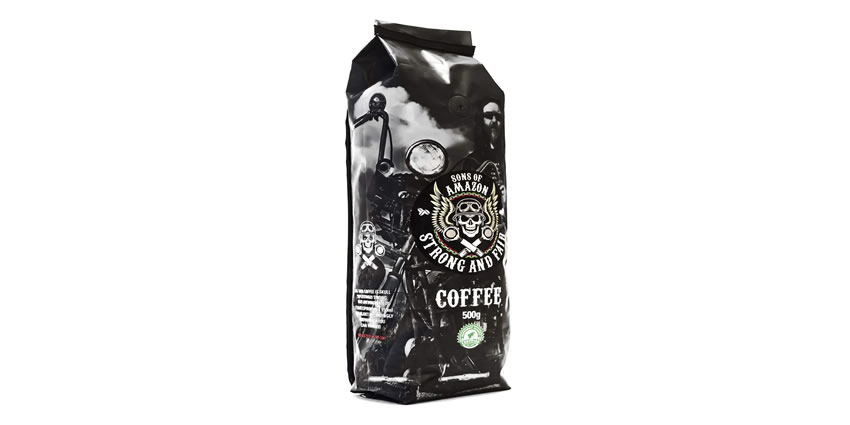 Sons of Amazon is available in the UK. It’s made using a blend of ethically sourced coffee beans from the Amazon region.

Killer Coffee is Australia’s deadliest brew. It’s interesting that they get such high amounts from Arabica coffee beans. Banned Coffee uses a blend of beans in hopes of improving the flavor profile of their “world’s strongest coffee.” 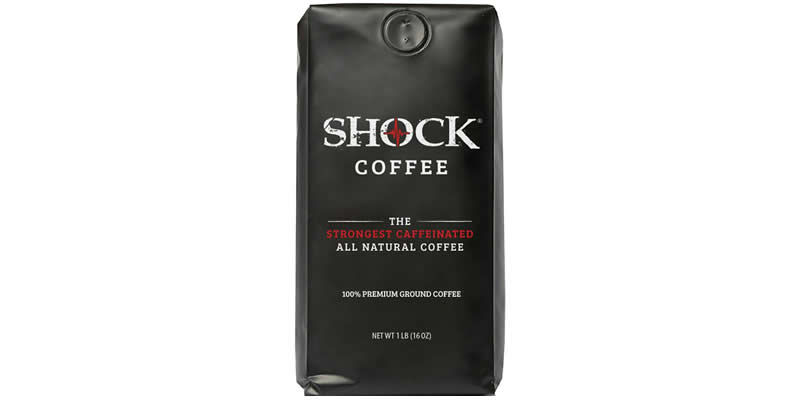 Caffeine: No specific amount but claims to be 50% stronger than regular brewed coffee.

Shock Coffee has been around for a long time and many would argue that it is the “original” strongest coffee brand. They used to make canned coffee beverages but has since discontinued those. 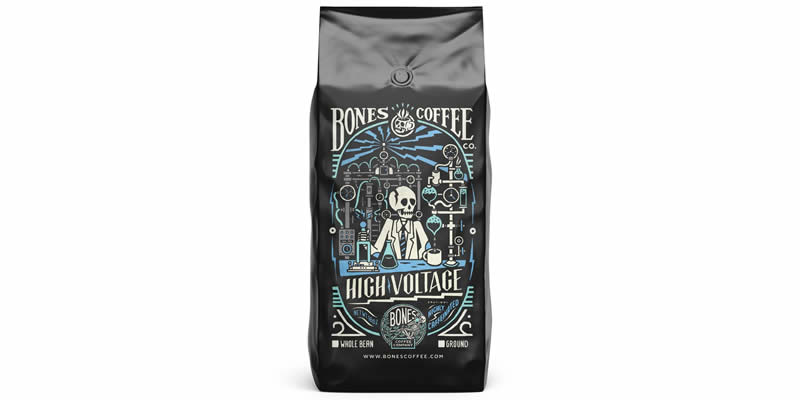 Caffeine: No specific amount but claims to 2x the caffeine of regular brewed coffee

Caffeine: No specific amount listed but claims to be 50% stronger than regular brewed coffee.

Atomic Coffee is available on their website and on Amazon. 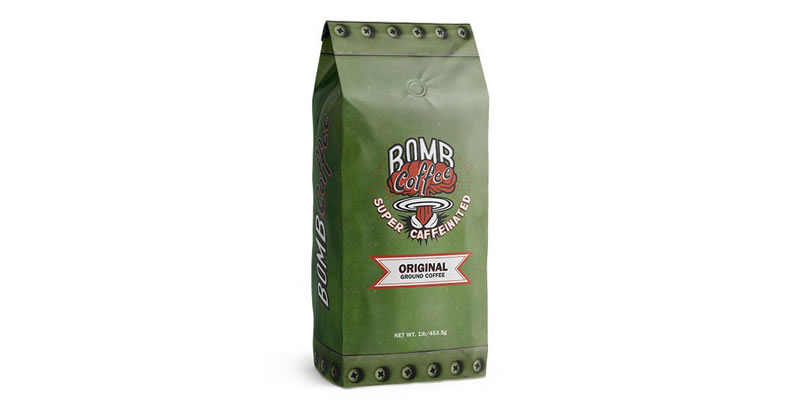 Caffeine: No specific amount listed but claims to be “super” caffeinated.

This military inspired brand is for sale on their website.

Perk Up is available from Gold Star Coffee. This brand is for sale by the Patriot Depot. Red Goat Coffee also claims to be “the world’s strongest” but we weren’t able to find a definitive caffeine amount.

With all of these coffees, the most caffeine is found with the brewed coffee method. This is a method in which water stays in contact with the ground coffee for an extended period of time.

Drip/filter, Keurig, and even espresso methods won’t produce the highest caffeine amounts. Only one brand above, Perk Up, made this clear in their advertising.

Is This Type of Coffee Really Deadly?

Just about all of these brands will deliver more caffeine in one serving than is recommended by Caffeine Informer and the leading health organizations as a daily safe dose. For the average adult, this is 400 mg.

This is based on body weight so use our coffee calculator to determine your safe daily dose.

This type of coffee usually appeals to those who have built up a high tolerance to caffeine (serious caffeine addicts) or those who have a naturally low sensitivity to the caffeine molecule.

Anyone else who consumes these ultra-caffeinated coffees could experience overdose symptoms and even severe reactions if they exceed more than one serving.

Caffeine is a drug and there are serious consequences that result from consuming too much. People have died from caffeine overdose and 1000’s more have sought help from emergency rooms after overdosing.

We recommend that these products be avoided unless you are 100% certain that your body can tolerate the extreme amount of caffeine that they are delivering.