Here are the usual symptoms in order from the first ones to be experienced to the more severe, later stage consequences.

There can be many common symptoms that indicate too much caffeine consumption, but these are the most prevalent.

These symptoms should be recognized and further caffeine intake should be stopped to avoid more serious and even life-threatening symptoms.

Ingesting massive doses of caffeine all at once is particularly dangerous as it doesn’t give your body time to react. Overdose symptoms serve as an early warning system.

Caffeine’s major effects are experienced for at least 4 hours.

It’s hard to pinpoint an amount of caffeine that will cause these caffeine overdose symptoms as people have different tolerance levels.

Are You Addicted to Caffeine?

You may want to consider quitting. A detox program like Wean Caffeine is scientifically designed to help you quit caffeine gradually and safely. This prevents the horrible withdrawal most people experience when quitting.

You can prevent caffeine overdose by adhering to the recommended safe dosage guidelines.

Generally, a dose between 250-500mg (check caffeine amounts here) could produce some of the above mild to moderate symptoms, especially in those with no tolerance of high caffeine sensitivity.

Those with a href=”https://sitesforprofit.com/caffeine-allergy-top-20-symptoms”>caffeine allergy or sensitivity could have severe symptoms even after a very small dose.

Click here to find out how much of a popular drink would it take for you to overdose. 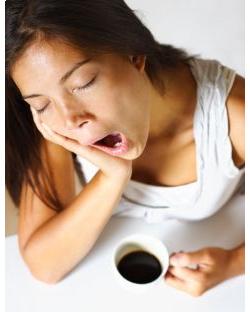 Caffeine Intoxication is now included in the DSM-5 physicians manual.

The official diagnosis can be made when any 5 of the following symptoms are present: restlessness, nervousness, excitement, insomnia, flushed face, diuresis (you keep passing urine), gastrointestinal disturbance (upset tummy, diarrhea), muscle twitching, rambling flow of thought and speech, tachycardia or cardiac arrhythmia, periods of inexhaustibility, or psychomotor agitation.

Caffeine Addiction as a disorder was rejected from the next version of the manual.

There is some research indicating products that contain rutaecarpine can actually reduce the impact of caffeine’s side effects. They do this by assisting with caffeine metabolism*. Learn more here.

Caffeine overdose does happen and has been documented. Here are some of the more recent cases resulting in death or hospitalization; 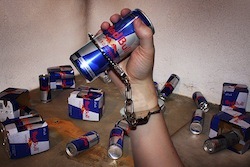 Luckily for us, we have mechanisms built into the human body that let us know we’ve had enough of something.

This is true with caffeine overdose. Well before we are at a toxic level we experience side effects that prevent us from consuming more, i.e. nausea and vomiting.

This means that before the 149 or so cans of Red Bull that it would take to kill an average adult male, vomiting would most certainly happen.

For most, that would happen after about can number 5!

It’s important to note, however, that caffeine is a drug and should be respected and not abused. Since some people have extremely low tolerance to caffeine, they could – in theory – overdose quite easily.

How to Know If You’ve Overdosed

Most people feel the “jitters” first – a sensation of tremors or shaking.

This is your signal to stop consuming caffeine for the day.

If you are finding you are often tired after consuming caffeine this is a sign that you need to change your long-term habits and could indicate adrenal fatigue.

The bottom line is to be aware of what you are consuming.

How common is caffeine overdose?

With the plethora of caffeinated products in the marketplace, one could assume that overdosing on caffeine is quite common.

If we look at the statistics from The American Association of Poison Control Centers we find that, while it does exist, it isn’t as common as we might think.

Since caffeine is consumed so widely, there are a lot of half-truths, hearsay, urban legends, media hype, and even fiction.

It’s good to take an honest look at the subject and try to put all of the information into perspective. We can then determine if caffeine should be in the same category as other drug overdoses are.