25 Most Severe Caffeine and Drug Interactions

Caffeine can sometimes have moderate to severe reactions with other medications a person may be taking.

According to one study almost 70% of the population of a County in New York was prescribed at least one prescription drug and gives a clue to what is likely happening elsewhere in the USA.

Here are the 25 most common drugs known to most severely interact with caffeine as well as the symptoms that could result.

According to drugs.com who also furnished the above data, there are 82 known drug interactions with caffeine. In the table above we included the 25 that are classified as severe to moderately severe.

We only included the generic names of these drugs and some can be found in pills that have the substance combined with other drugs. Check your prescription drug’s label information carefully and/or ask your pharmacist if you aren’t sure.

Always discuss your caffeine habits with your doctor before starting any new medication.

What to Do If You Suspect Drug Interaction 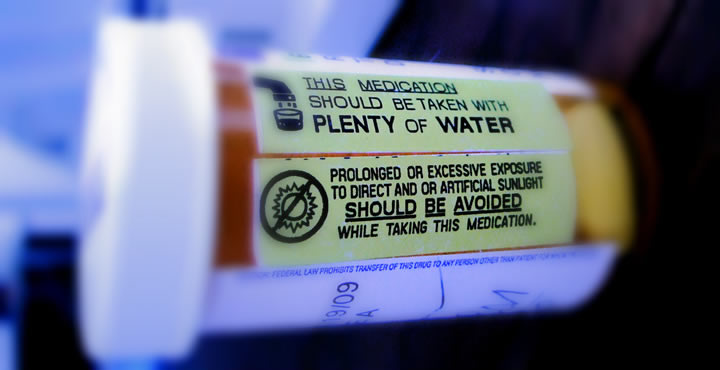 If you suspect that caffeine is interacting with one of the above prescription drugs or another drug you are taking, it’s important to follow the following steps to ensure your safety.

Being proactive in understanding the prescription medication you are taking and its possible interactions with caffeine and other drugs can go a long way in ensuring your safety and assisting the drug’s likelihood of treating your illness as intended.

This page is for informational purposes and not intended to diagnose or treat any medical condition. Always consult your physician if you expect a possible caffeine and prescription drug adverse interaction.

It may seem daunting to read over all the safety information that now comes with most medications, but usually your pharmacist will be happy to help you understand the often complex information.

Taking a little time to understand the drug you have been prescribed can prevent severe unwanted side effects which could result from caffeine’s interaction.