A caffeine infused vape stick is essentially similar to an electronic cigarette, but contains no nicotine.

Instead, it has a small amount of caffeine suspended in a flavored liquid that is vaporized when inhaled.

RUSH Energy Vapor is a new product like this and I was recently sent a couple vapor sticks by the company to try out.

Using a RUSH Energy Stick is similar to smoking, minus the smoke and the awful smell of course.

Sucking on the stick draws out an energy drink flavored vapor and exhaling releases this vapor, which has the appearance of smoke but isn’t.

The end of this caffeine infused vapor stick glows red, which is a bit strange since since this isn’t supposed to be referred to as an electronic cigarette, but in all accounts resembles one.

Caffeine Amount of these Vape Sticks

Determining the caffeine dose from caffeine infused vapor sticks is a bit tricky for a couple reasons. 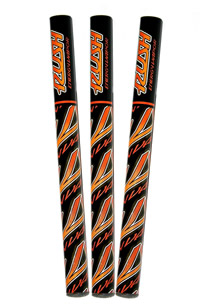 What’s really strange to me is despite my knowledge of how little caffeine RUSH actually contains, after a few puffs of the vapor stick, I do actually feel more awake.

Is it the caffeine or the placebo effect? Not sure, but RUSH does seem to work as intended.

It’s certainly not a caffeine rush like I’ve experienced with highly caffeinated products, but just more of an alertness.

Here is the million dollar question.

Caffeine wise, absolutely. It would take about 300+ RUSH Energy Vapor Sticks to put a person at the daily safe limit for caffeine consumption.

There is no risk of caffeine overdose from this product.

However, what we don’t know are the long-term effects vapor sticks may have on the lungs or health. Lungs were designed to inhale air, not: Propylene Glycol, Vegetable Glycerin, Rush Energy Vapor Flavoring, and Caffeine.

Furthermore, I can see caffeine infused vapor sticks as being appealing to kids and teens because they are a novel and interesting product to use.

We would advise that RUSH Energy Vapor only be used by those over 18 years of age.

A recent study showed that the chemicals in these devices does pollute the air and potentially cause harm to the lungs. Here’s a part of their conclusion:

Our data confirm that e-cigarettes are not emission-free and their pollutants could be of health concern for users and secondhand smokers. In particular, ultrafine particles formed from supersaturated 1,2-propanediol vapor can be deposited in the lung.