There has been extensive research into whether consuming coffee (caffeine) is safe for those with type 2 diabetes as well as whether or not coffee could help prevent diabetes.

With the ever rising population of people suffering with type 2 diabetes, it’s good to hear that the diabetic or potential diabetic has a friend in coffee.

A healthy diet, low in sugar and refined carbs, is still the number one dietary measure to treat or reduce the risk for diabetes. Most research shows that coffee can be part of a diet that’s designed to prevent, treat, and/or possibly reverse type 2 diabetes.

Decaf Coffee Not as Helpful 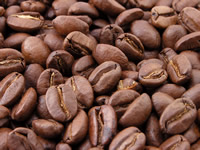 Although, caffeinated coffee does seem to offer the most protection, it isn’t likely due to the caffeine. Coffee is actually rich in antioxidants.

In the decaffeination process these antioxidants are also removed to much lower concentrations along with the caffeine.

This explains why the same results weren’t observed with the decaf samples. Therefore, it does seem to be best to have regular, full-test coffee that’s been un-messed around with if you want to experience less type 2 diabetes risk or help in treating this form of diabetes.

Researchers found that when people with type 2 diabetes use caffeine prior to exercise it lowers their blood glucose levels more.

Study participants given 1 mg of caffeine per 1 kg of body weight had on average a 75 mg/dL increased drop in blood sugar compared with those who did not have the caffeine.

Good if you are trying to naturally lower your blood sugar with diet and exercise.

Bad if you are on insulin and in danger of your blood sugar dropping too low.

This is good news for coffee drinkers or those that would be at risk of developing type 2 diabetes. You can drink all the coffee you want, but we would advise that you learn to drink it black to experience the full benefits. Also be sure to not go beyond established daily caffeine safe levels.

If you have diabetes always consult your physician before making any changes to your diet.