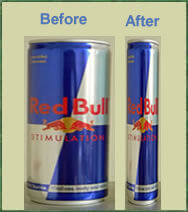 The Red Bull Diet may just be one of the craziest methods we’ve ever heard of and it’s quite dangerous.

A New Zealand woman learned the hard way when she attempted to lose weight with Red Bull.

If this were an actual diet, the marketing ploy would probably go something like this.

Do you thrive on up to 1120mg of caffeine daily?

Then the Red Bull Diet is for you.

According to the news story out of New Zealand an Auckland woman tried a Red Bull diet to lose weight!

She claims that she would only eat at times a hand full of cereal a day along with her 14 cans of Red Bull.

She started drinking this gradually and began noticing the appetite suppressing qualities of the drink so soon she was drinking up to 14 cans daily.

Before you get all excited and start ordering Red Bull by the case, you may want to note that the 23 three year old woman also;

She was consuming 1120mg of caffeine daily along with all the other artificial ingredients in the energy drink. With very little other nutrition.

A daily safe limit of caffeine for most healthy adults is 300-400 milligrams, so she was drinking about 3x that.

So, you may want to join Weight Watchers instead just like this woman who has now switched to this healthier diet and is not recommending her Red Bull Diet Plan to anyone.

There are indeed health consequences for abusing energy drinks and we hope stories like this keep people from making the same mistakes.