Crystal Pepsi is a clear version of Pepsi Cola which was last available back in 1993.

However, Pepsi has rereleased Crystal Pepsi in 2016 due to popular demand from its fans.

It has the same caffeine content as regular Pepsi.

Where To Buy Crystal Pepsi 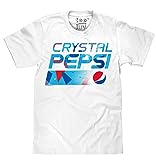 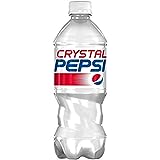 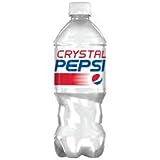 How Does Crystal Pepsi Compare?