The safety of caffeine intake is constantly debated, especially in light of the recent controversy surrounding teens and energy drink consumption.

What is the official stance on the safety of caffeine intake according to the food governing and health agencies around the world?

This article will give you the gist of what each of the organizations believe regarding the use of caffeine as a food or beverage additive.

The Food and Drug Administration

The FDA’s official stance is that caffeine is safe for consumers up to 400mg/ daily. To date, they allow caffeine to be added to beverages and food as long as it is listed in the ingredients panel.

However, products are not required to list the amount of caffeine that they contain.

The FDA is currently investigating the use of caffeine in food, especially as it relates to the consumption of these foods by minors. Michael R. Taylor, the Deputy Commissioner of the FDA says that their current laws are outdated.

The Food and Nutrition Board division of the Institute of Medicine was recently commissioned by the FDA to study the issue of caffeine safety as a food and dietary supplement additive. The FDA is currently reviewing the IOM’s findings. 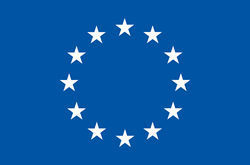 The current laws in Europe require any food or beverage that doesn’t naturally contain caffeine to list the ingredient on the label and identify the amount it contains.

Here’s what The EC says about caffeine safety.

As far as caffeine is concerned, the Scientific Committee for Food, in its opinion of 21 January 1999 on caffeine and other substances used as ingredients in “energy drinks”, concluded that, for adults, apart from pregnant women, the contribution of “energy drinks” to the total consumption of caffeine did not appear to be a cause for concern, assuming that “energy drinks” replace other sources of caffeine. However, for children, an increase in the daily intake of caffeine to a certain level of consumption per day may bring about temporary changes in behavior, such as increased excitability, irritability, nervousness or anxiety. In addition, for pregnant women, the Committee’s view is that moderation of caffeine intake is advisable.

The European Food Safety Authority recently released the following research regarding caffeine in consumer products and the safety there of. 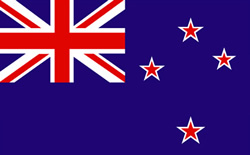 These two countries perhaps have some of the strictest caffeine restrictions with Australia being even more restrictive than New Zealand.

Their expert working group issued a report on caffeine safety and found the following conclusions.

Drawing on two decades of research on the effects of caffeine in humans, the present author is led to the following conclusions: 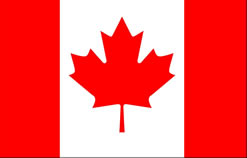 Canadian caffeine laws are stricter than that of the USA. In fact, caffeine cannot be added to a food or beverage unless it is from a natural source.

At one time the only soft drinks that could contain caffeine were cola beverages, however, this restriction has since been lifted. Energy drinks were once considered health supplements, but now are under their food guidelines.

Currently, pure caffeine and caffeine citrate may be added to cola-type beverages and it must be declared in the ingredients list on the product label. Caffeine may not be added to any other food.

But, this is clearly no longer relevant since other soft drinks contain caffeine as well as energy drinks, which are now considered food.

Here’s what Health Canada states about the safety of caffeine.

A review undertaken by Health Canada scientists has considered the numerous studies dealing with caffeine and its potential health effects. It has re-confirmed that for the average adult, moderate daily caffeine intake at dose levels of 400 mg/day is not associated with any adverse effects.

The IFIC has published a large review of caffeine research. It’s conclusion:

Moderate intake of 300 mg/day (about three cups of coffee per day) of caffeine does not cause adverse health effects in healthy adults, although some groups, including those with hypertension and the elderly, may be more vulnerable. Also, regular consumers of coffee and other caffeinated beverages may experience some undesirable, but mild, short-lived symptoms if they stop consuming caffeine, particularly if the cessation is abrupt. However, there is little evidence of health risks of caffeine consumption.

Overall, they conclude that moderate caffeine intake is safe and can even be beneficial to one’s health.

You can view their fact sheet here.

Are these government agencies on the right track as far as caffeine safety is concerned?