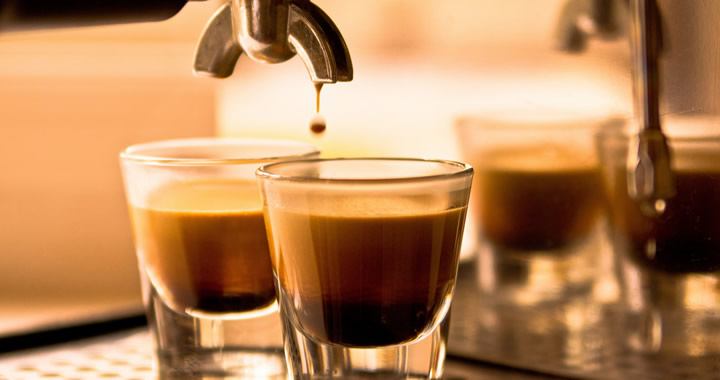 Yes, it is possible to overdose on coffee and/or espresso.

We hear so much about teens overdosing on energy drinks, but coffee overdose does indeed happen.

From the UK comes the slightly hysterical but scary story of a girl who ended up in hospital after overdosing on coffee.

After a night with only 5 hours sleep she decided to down a double espresso. Then it was no-holds-barred as she foolishly downed a further 6 double shots.

Apparently the girl thought she was drinking single shots. Astonishing because she actually works in the cafe – and was making the coffee for herself.

“My nerves were all over the place.

“I was drenched. I was burning up and hyperventilating.

“I was having palpitations, my heart was beating so fast and I thought I was going into shock.

“I did not realise this could happen to you and I only hope other people learn from my mistake.”

How Much Caffeine Did She Overdose With?

Coffee is, of course, variable in caffeine content due to blend, roasting time, and extraction time, but for our caffeine database, we use an average from six different extractions (published in a toxicology journal).

Therefore, we list a value of 77mg caffeine per 1.5 ounce shot.

So Miss Wells downed around 1015mg of caffeine – presumably in a short period of time. If she had not eaten much this would further account for the overdose side effects she experienced.

Espresso Can Be Dangerous

Espresso coffee is a very concentrated form of caffeine – and can be consumed very rapidly opposed to a 16 floz energy drink (containing typically 160mg of caffeine).

So in many ways, espresso is even more dangerous than energy drinks. However, its bitter taste isn’t quite as appealing to teens and children who may not know better.

The moral of the story: Know your own tolerance to caffeine, your level of caffeine sensitivity, and if you are a not a regular drinker – don’t suddenly hit your system with a toxic-dose.

Espresso is one of the best caffeinated drinks around since it’s full of antioxidants and is all natural but someone who doesn’t know the difference between a straight espresso or a double needs to be careful.

Have you ever had too many shots of espresso at one time?